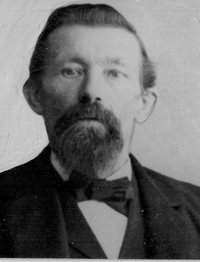 John E. (Johann) Ballhorn was born January 9, 1843, in Angermude, Germany, to Michael and Caroline (Woelle) Ballhorn. In May of 1856, he, his parents, and his three sisters departed from Hamburg, Germany, to Quebec City, Canada, on the Phonix, eventually moving to Sheboygan County. In 1862, at age 19, he volunteered, joining Co. H, 26th Wisconsin Volunteers. He mustered out June 30, 1865, with the rank of Corporal. He returned to Glenbulah and married Louisa Suckow of Cascade on May 30, 1867. They had two sons, John F. and Henry, and five daughters, Sophie, Helena, Minnie, Lydia, and Louise. Also, an infant, Agnes C., was lost soon after birth. They lived in Glenbulah for 14 years where John conducted a furniture business. Legend has it that they moved to Sheboygan where lumber was being brought in by lake boat. They opened their store at 8th Street and St. Clair Avenue. The property was purchased from the German Bank and was 25 feet of frontage on 8th Street. The deed dated August 24, 1885, indicates the purchase price of $1550. John died on February 14, 1899, after a one-week illness of pneumonia. 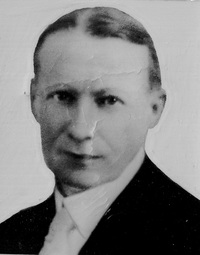 John F. Ballhorn, the second child of John E. & Louisa (Suckow) Ballhorn, was born September 7, 1873, in Glenbulah, WI. In 1885, he came to Sheboygan with the family, attended Trinity Lutheran School and was confirmed at Trinity Lutheran Church. John learned the cabinetry trade from his father and helped in the undertaking part of the business. The family consisted of two sons and five daughters living above the furniture store located at 8th Street and St. Clair Avenue. On July 19, 1902, John married Lillie Gotter, a daughter of Gottlieb and Abbie Gotter, a farm family in the Town of Wilson, Sheboygan County. They had a son, Milton F., and a daughter, Estella. On February 16, 1909, John purchased the brick two-story home at 722 St. Clair Avenue from John Kroeten. The undertaking business flourished, and in 1928, a new funeral temple was built on the corner replacing the old wooden store building. The new Ballhorn Funeral Temple was opened for inspection on February 12 and 13 and was viewed by an estimated 15,000 people. By this time, John’s son, Milton, had been associated with the business for four years. On November 14, 1932, John was stricken with heart failure. Lillie continued to live at 722 St. Clair Avenue.  When the East Chapel was added in the early 1940s, she resided in the “Grandma’s” apartment, the second floor of the 722 St. Clair residence. 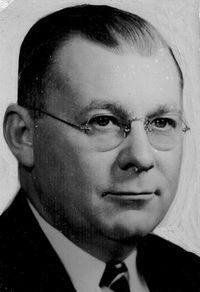 Milton F. Ballhorn was born on October 17, 1904. He married Hildegarde M., and together they had two children, John William Ballhorn and Shirley Ballhorn. The last Will and Testament of John F. Ballhorn, dated December 23, 1929, stated that Milton F. Ballhorn, his son, should become sole owner of the said business and was appointed the executor of the estate. Early on, Hildegarde and Milt recognized that living in an apartment was convenient for Milt’s work, but it wasn’t a home with a yard, etc. This was compensated by a summer cottage, first a three-room cabin at the mouth of the Black River and then a cottage at Elkhart Lake. Milton passed away May 6, 1962. 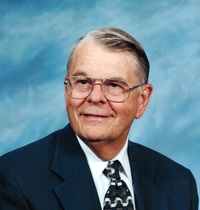 John William Ballhorn, the fourth generation, was born March 20, 1932, in Sheboygan, Wisconsin. John, along with his older sister, Shirley, and their parents resided in the director’s apartment located at 1201 N. 8th Street. John volunteered for the draft and was top on the list. He entered the Army for a two-year period beginning in September 1952. He then graduated from the Wisconsin Institute of Mortuary Science in Milwaukee and received his funeral director and embalmer license in June 1955. In 1968, John and Deloris M. Wolter were married. With the sudden death of Milton Ballhorn, John became the manager of the Ballhorn Chapels, and one of his first priorities as operator was to hire funeral directors.  A local area clergyman indicated that he was going to be doing the marriage of a graduating mortuary student. John contacted this student and then hired Thomas J. Smith, graduate of W.I.M.S. Tom was a faithful employee until the corporation was sold in 1999. He then continued on as manager of Ballhorn Chapels until his retirement in 2013. Tom’s wife, Sue, was also an employee acting as Chapel Organist and Office Manager until 1999.

In 1965, with the furniture store being closed, John began the complete conversion of the buildings for use as the Ballhorn Chapels. With the theme of three chapels under one roof, they offered ample parking and the ability to conduct three services and visitations at the same time. The first building project was the enclosure of the back corner where the buildings lined up. This enclosure made room for a receiving area and a new crematory furnace to be installed. In 1965, John enclosed the north parking under a steel canopy extending to the rear parking and garage area. Several years later, the two garages were removed for a parking area under a canopy. The large garage formed was adjacent to the buildings. A canopy was also erected along the east building, thereby surrounding the buildings. In the early 1970s, a permit was secured from the city to cover the St. Clair Avenue sidewalk with a canopy and a heated sidewalk to the east parking lot.

A year of daily grief support

Our support in your time of need does not end after the funeral services.  Enter your email below to receive a grief support message from us each day for a year.  You can unsubscribe at any time.