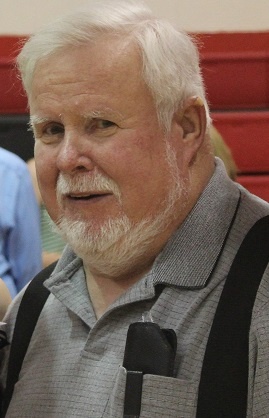 Robert A. Zittel, age 81, of Sheboygan passed away suddenly on Thursday, September 8, 2022, at St. Nicholas Hospital.  He was born on June 12, 1941, in Sheboygan to the late Arnold and Frieda (Klunk) Zittel.  He graduated from Central High School.  Robert was employed at R-Way as a cabinet maker in Sheboygan for a number of years.

He enjoyed fishing with his father, going to the races with his friends and bowling for many years.  Robert also appreciated taking the scenic routes when out driving with Carol, the love of his life who he spent over 30 years with.  Robert was a family man and loved making many memories with his grandchildren and great-grandchildren.

Along with his parents, Robert was preceded in death by a daughter, Terri Zittel; a sister Mary Forsythe and a niece Barbara Myzsewski.

Cremation has taken place and private family services for Robert will be held.

In lieu of flowers, memorials in Robert’s name can be sent to the Vince Lombardi Cancer Center.

The family would like to thank the Sheboygan Fire Department, the EMT’s and the staff at St. Nicholas Hospital for the excellent care given to Robert and his family.

To order memorial trees or send flowers to the family in memory of Robert Zittel, please visit our flower store.