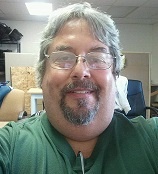 Allan W. Witt, 65, of Sheboygan, passed away on Sunday, January 9, 2022, at Aurora Sheboygan Memorial Medical Center.  He was born March 12, 1956, in Sheboygan to the late Vernon and Shirley (Schuler) Witt.  Allan graduated from North High School and continued on to attend LTC.

On September 4, 1982, he was united in marriage to Mary Fields, together they raised their son Adam (Angela) Witt.

Allan and his son Adam owned and operated Pigeon River Bait & Tackle. His life passion was fishing. He was known for his knowledge, craftmanship of lures, and ability to teach anyone how to fish.  He enjoyed entering different fishing tournaments with his son. The first one they enter was a Walleye Tournament on Father’s Day which they won.  Allan was a diehard Wisconsin sports fan.  He enjoyed playing Texas Hold’em with his friends on Tuesday thru Thursday nights. Not only did Allan have a great sense of humor, but he had a heart of gold and was always there for anyone that needed anything.  He also loved to cook and try new and exotic spices, but was best known for his Bretzeli, a German recipe that was handed down to him from his grandmother.  He would hand out tins of the sugar wafer cookies at Christmas time to his many friends and family.  Most important in Allan’s life was his son, he loved creating all the lasting cherished memories they have together.

Allan is further survived by his two brothers Randy of Rhinelander and Richard of Ashville, NC. He was preceded in death by his parents and grandparents.

In lieu of flowers memorials may be made to the Sheboygan Walleye Club in Allan’s name.

To order memorial trees or send flowers to the family in memory of Allan Witt, please visit our flower store.