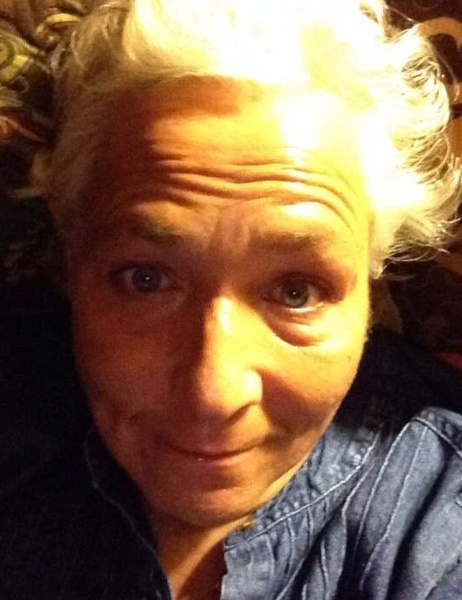 Anne was born on April 3, 1954, to Myron and Marjorie (Schutz) Grimm, in Belvidere, Illinois. Anne graduated from North High School of Sheboygan in 1972 and briefly attended Moody Bible Institute before graduating from Silver Lake College in 1979.
Anne shared her love of creative expression as an art teacher at Grant Elementary and other Sheboygan schools, and far beyond that, with family and friends throughout the years. Getting her handmade birthday or holiday cards was always like receiving a treasure, each card drawn, painted, or papercrafted in one of Anne’s many art styles.
Though Anne was quite humble about her creations, her numerous cards could easily fill an art museum, along with the gifts she conjured out of craft materials.  It was clear that Anne’s “language of love” was spoken through these heartfelt gifts, and it wasn’t unusual to receive creations like her one-of-a-kind crochet pieces, or 40 whimsical paper-mache cupcakes for a 40th birthday, or a box full of dozens of construction-paper anacondas. Even visits to Anne’s home could be like a trip to an art museum, her rooms filled with objects she found interesting or beautiful, and in one year, filled with Christmas trees like a decorated Alpine forest.
She treasured other people’s craftwork, and rescued cross-stitch pieces in her thrifting in order to give them a home. She also appreciated the beauty of everyday objects, such as old-fashioned pitchers and reclaimed branches, and would give her collections to others who she thought might appreciate them.

Anne was also known for her deep love of animals, and a beloved number of cats and dogs were part of her life over the years, and she was also quick to share quirky animal videos, such as compilations of teacup pigs, hedgehogs, and dogs happily rolling in bubbles. Animals were a source of great friendship and inspiration for her, appearing in many of her personal creations.
She was endlessly generous with friends and family, always there in a heartbeat with a word of support, no matter what path they were walking, and her strong creative encouragement of her nieces and nephews has gone far to open new perspectives in their lives. Anne also liked exploring new recipes, such as her pecan pies and fish pies in recent years, and also liked exploring nature, whether camping and visiting lakes, or watching the local sights and sounds of Oostburg from her porch and backyard.

Anne is survived by her step-mother, Iris Grimm; brother, Mike Grimm (Helen); nephews, Steven Grimm (Marty), Robert Grimm, and Edward Grimm II; nieces, Jessica Willms (Levi) and Natalie Grimm; great-nieces and nephews, Peter, Jakob, Adalyn, Carsten, Clara, Elise, and Caleb,  as well as other relatives and friends.
Anne is preceded in death by her parents, Myron and Marjorie; brother, Edward Grimm; sister, Janet (Grimm) Janisee; and long-time partner, Bill Pruitt.
A memorial service will be held for Anne at 1:30 PM on Friday, February 4, 2022, at Ballhorn Chapels in Sheboygan, WI. A public visitation will be held from 1:00 PM until the time of the service at the funeral home.

Burial of Anne’s urn will take place at Greenlawn Memorial Park in Kohler, WI, next to her parents and sister.
In lieu of flowers, a memorial fund has been established in Anne’s name.
If you would like to leave a message of sympathy for Anne’s family, please visit www.ballhornchapels.com.

To order memorial trees or send flowers to the family in memory of Anne Grimm, please visit our flower store.