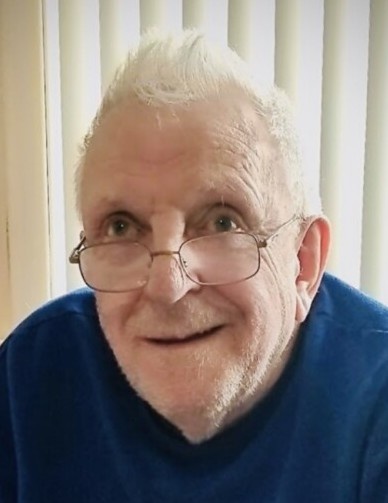 Carlton “Carl” Roland Clark was born on April 22, 1937, to Elwood and Gladys (Carrick) Clark in Baltimore, Maryland.  He joined the Navy in 1954 and served on the USS Wisconsin battleship during the Korean War.  He married Dot Connor on July 15, 1967.  Carl and Dot have one daughter, Kathleen “Kathy” (Quinn) Ewald.

Carl grew up in Maryland, lived in Colorado, and he and Dot retired in Wisconsin to be near their daughter.  He worked for several plumbing wholesalers and hardware stores during his career.  Carl was a loving and fun husband and father who enjoyed spending time with his family.

Carl is survived by his wife of 54 years, Dot Clark; his daughter, Kathy (Quinn) Ewald; his sister, Jean Wineke; his step-granddaughters, Amy (Brian) Hoffenberg and Sarah (Brian) Bauer; brother-in-law, Bill Connor; and sister-in-law, Maura Connor; as well as several nieces and nephews.  Carl was preceded in death by his sister, Linda (Nelson) Stansbury, his parents, Elwood and Gladys Clark, his brothers-in-law, William Wineke and Robert Connor; and father-in-law and mother-in-law, William and Dorothy (Hayden) Connor.

A celebration of life will be held at a future date. In lieu of flowers, donations can be made to the Alzheimer’s Association or Sharon S. Richardson Community Hospice.

To order memorial trees or send flowers to the family in memory of Carlton "Carl" Clark, please visit our flower store.

No services to be held