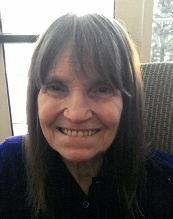 Catherine H. Mertz, 77, of Sheboygan, passed away on Friday, February 12, 2021 at Countryside Manor.  She was born September 7, 1943 in Manitowoc to Henry and Hedwig (Meyer) Baer.  She attended Catholic Schools.  Catherine was married to William Hein and they were blessed with a daughter Sandra Hein.  She later married Clarence “Bucky” Mertz and expanded her family by gaining a stepson Kevin Mertz and a stepdaughter Cindy (Huey) Long.

Catherine loved to sing and dance.  She brought so much joy to those around her with her talents.  In her younger years she was an avid billiard player and won several trophies with the leagues she was on.

Catherine and Bucky were very active with the Red Cross, they were advocates for eye donation and spent years with the harvest team.  Catherine worked for the Sheboygan Paper Box company as a forklift driver and an extremely hard worker, retiring in 1987.

Per Catherine’s wishes cremation will take place with no services to follow.

The family would like to express their gratitude to all the nurses and staff at Countryside Manor for all their, care, comfort, and support.

To order memorial trees or send flowers to the family in memory of Catherine Mertz, please visit our flower store.