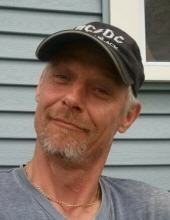 Charles Plocar Jr. "Carrie", age 54, of Sheboygan, passed away unexpectedly at his home on Sunday, September 13, 2020.

Born February 3, 1966 in Sheboygan, Carrie was the son of Charles Plocar Sr. and the late Patricia Seichter Simek. He attended Sheboygan Area schools and received his GED from LTC in Cleveland. He later moved in with longtime friend, Jane Stewart, and fostered his daughter Samiee Erickson.

Carrie was a free spirit and enjoyed fixing motorcycles and cars. He eventually bought himself a Harley Davidson. He lived on several farms growing up and developed a strong passion for animals. He enjoyed raising his dogs, Emma and Humphrey. Carrie was a kind, loving and caring soul who helped anyone in need.

He was preceded in death by his mother Patricia Simek, stepfather Thomas Simek and his dog Humphrey.

The family would like to thank Ballhorn Chapels for their services and support.