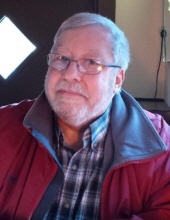 Christopher J. Hawkins, age 69, of Sheboygan passed away unexpectedly in an automobile accident on Friday, July 3, 2020.
Chris was born in Waukesha, WI on December 19, 1950, to the late James and Jean (Van Ness) Hawkins. Chris graduated from Waukesha Highschool in 1969. He spent much of his youth working on and around cars from his job at Dettmann Mobile to helping his buddies with their race cars. This led him to pursue a degree in Industrial Engineering at both UW Stout and Western Michigan University. He worked as a manufacturing engineer with various companies throughout his career starting with his job at Waukesha Bearing servicing ocean freighters and submarines, through retirement from WMEP as a manufacturing consultant. Chris was actively involved with The Salvation Army Advisory Board in Sheboygan for many years.
On July 23, 1977, Chris married Katherine Filter at Immanuel Lutheran Church in Cedarburg. The couple moved to Sheboygan in 1981 where they raised their family.
Chris was an avid sports enthusiast and loved the Milwaukee Brewers, Green Bay Packers, Badger football, and all college basketball. He was known for his story telling and always putting a smile on everyone's face with his wit and humor, as well as always quick with a fun fact or seemingly useless knowledge on any subject. He was a true product of the 60's and had impeccable taste for good Rock n' Roll. He also had a great love for classic cars, especially his Marina Blue 1966 GTO, and was also the car shopping ambassador for the family. He was very protective of those he loved and always willing to go to bat for them. He will be greatly missed by all who knew him.
Along with his loving wife Kathy, Chris is survived by his children, Ashley (Jason) Ahrens of Sheboygan and Brian (Stephanie) Hawkins of DeForest, WI; grandchildren, Abigail Hawkins, Emily and Benjamin Ahrens; sisters Gail (Joseph Donahoe) Flickinger and Donna (Todd) Henderson; nieces and nephews and his good friends and co-conspirators from the Big Apple Breakfast Club.
Chris was preceded in death by his parents and his in-laws, Elmer and Edna Filter.
A private family service will be held with a larger celebration of life for Chris at a later date in 2021.
In lieu of flowers, memorials in Chris's name may be made to The Salvation Army of Sheboygan.
The family would like to thank those who stopped to offer comfort and aid at the scene of the accident as well as the First Responders and the Sheboygan County Sheriff's Department.
To leave an online condolence for the family, please visit www.Ballhornchapels.com

Event Information
Services will be set for a future date to be determined.
The Salvation Army Sheboygan County
Visit website
To order memorial trees or send flowers to the family in memory of Christopher Hawkins, please visit our flower store.