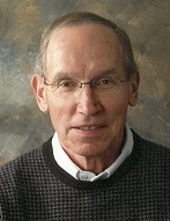 Clarence (Clare) Frederick Bulkow, 76, of Oostburg, passed away on Wednesday, November 25, 2020 at Countryside Manor.
Clare was born on March 4, 1944, in Sheboygan to Clarence and Elizabeth (Zurheide) Bulkow. He attended Longfellow and Farnsworth and graduated from South High School with the Class of 1962. He continued his education at UW-Sheboygan and UW-Oshkosh graduating with a Bachelor's degree in Secondary Education in 1967. Continuing credits were also received at UW-Oshkosh.
Clare taught math in the Sheboygan schools for 36 years- teaching at Urban from 1967 - 1986 and at North High from 1986 - 2003. He retired in 2003. He loved teaching and would often remark that teaching were the best years of his life. Even as his mind deteriorated due to Alzheimer's, he would perk up whenever he saw young school children and teens.
While teaching at Urban, he met fellow math teacher, Margaret Gothblad, and they were united in marriage on June 17, 1972, in Ironwood, MI. They were blessed with two children, Ryan and Brad.
Clare was a faithful member of St. Mark Lutheran Church where he was baptized and confirmed. He had a strong faith and loved worshiping with his fellow parishioners. He was a member of the Men's Club. He also served as Financial Secretary for a number of years as well as on the Board of Trustees and the grass cutting crew. He also loved working at the St. Mark Food Pantry.
He loved playing basketball. He played at the YMCA, was on the UW-Sheboygan team and played in the city league, and church league. When teaching, he organized pick-up games on Wednesday nights and Friday nights at Grant School. He hoped to be able to play into his 60's and he did! He also enjoyed golf, riding his bike, and meticulously caring for his lawn.
He was devoted to his children and grandchildren and loved spending time with them. He never missed a basketball game, cross country meet, soccer, hockey, piano recitals, concerts, or any other school activity.
He is survived by his wife of 48 years, Margaret (Peggy); sons, Ryan of Sheboygan and Brad of Oostburg, six grandchildren: Taylen, Brock, Benjamin, Margaret, Gabrielle, and Samantha; sister, Jane Fritsch of Menominee Falls and brother-in-law Robert (Bonny) Gothblad of Spooner. He is further survived by four Goddaughters: Lori Molaski, Sarah Fritz, Danielle Dickhausen, and Martha Miller, along with special lifelong friend, Brent Halverson, and numerous nieces and nephews.
Clare was preceded in death by his parents; his sister Elizabeth Curry; and brother-in-law, Jerome Fritsch.
A private service will be held for Clare. Relatives and friends may visit with the family on Thursday, December 10, 2020 from 9:30 AM until 10:30 AM at St. Mark Lutheran Church, 1019 N. 7th St., Sheboygan. Masks will be required, and the guidelines of social distancing of 6ft and hand sanitizing when you enter the church will be followed.
In lieu of flowers memorials may be made to St. Mark Lutheran Church or Sharon S. Richardson Hospice in Clare's name.
The family would like to extend a special thank you to the staff at Countryside Manor for the loving care they provided for Clarence. You meant a lot to him. They would also like to thank Sharon S. Richardson Hospice for their care the last month.

To send flowers or plant a tree in memory of Clarence F. Bulkow, visit the Tribute Store .