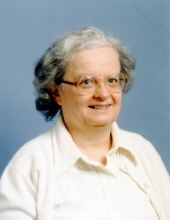 Coral Varo was born on February 16, 1935 to Wolfgang Varo and Adele Bockelman Varo in Milwaukee, Wisconsin. She attended schools in Milwaukee and Switzerland and was graduated in 1956 from Smith College, North Hampton, Massachusetts. She taught Spanish and Kindergarten in the Milwaukee and Madison areas. In 1970 she moved to Sheboygan with her mother and was employed by the Ross Glove Co.She was a member of the Baha'i Faith. She was preceded in death by her parents. There will be Baha'I graveside services on Thursday, January 19, 2017 at 3:00 p.m. at Wildwood Cemetery.

To order memorial trees or send flowers to the family in memory of Coral Varo, please visit our flower store.