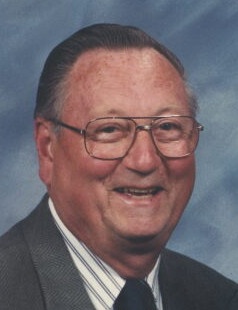 Donald was born on November 12, 1933, the son of the late Albert and Marie Bogenschuetz. He attended Sheboygan schools and graduated from Central High School in 1953. On May 12, 1956, he was united in marriage to Diane Mollenhauer at St. Dominic's Catholic Church in Sheboygan. Together they raised their four children, enjoyed watching their family grow, and were married 58 wonderful years before Diane's death in 2014.

Donald worked his entire career at Polar Ware until his retirement. In his younger years he enjoyed his weekly bowling league. He was a member of Holy Name of Jesus Catholic Parish, where he was a member of the Usher’s Society and volunteered for many Church functions. Donald had a love for arts and crafts, his flowers and gardening, for his dogs and rabbits, being a chaperone for his children's many trips with the Accents Marching Group.

He loved to spend time with his grandchildren and great-grandchildren, watching their many activities and sporting events. He loved to watch the Brewers, Bucks and Packers play, He was an Owner of the Green Bay Packers, even attending the famous Ice Bowl. He loved taking rides with his wife in fall to see the beautiful colors, usually ending up at a casino, traveling around to many different states and countries, especially Alaska and Hawaii. He will always be remembered by being Santa’s Helper throughout the Holiday Season, which made Christmas special for children and adults alike.

A Mass of Christian Burial will be celebrated at 5:00 PM on Monday June 27, 2022, at Holy Name of Jesus Catholic Church (818 Huron Avenue, Sheboygan, WI 53081) with Father Norberto Sandoval officiating. A time of visitation and support will be held before the Mass from 3:00 PM – 5:00 PM at the church. Donald’s service will be livestreamed and viewable at a later date from his obituary page at www.ballhornchapels.com.

A memorial will be established in Donald’s name.

We would like to thank the Sharon S. Richardson Community Hospice for their care and compassion during his time at home and in their facility, especially his caring Angels - Corrin, Amanda, Ally, and Jennifer. We would like to also thank all our family and friends for their love, prayers, and support during this difficult time.

If you would like to leave a message of sympathy for Donald’s family, please visit www.ballhornchaples.com.

To order memorial trees or send flowers to the family in memory of Donald Bogenschuetz, please visit our flower store.