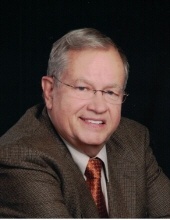 Donald Schlei, 83, passed away on December 28, 2020, at Sharon S. Richardson Community Hospice Center.
He was born on September 6, 1937, in Green Bay to the late Kurt and Olive (Clause) Schlei. Donald received his masters degree at UW Stout. On December 28, 1963, Donald was united in marriage to Sandra Whyte in Hayward, WI. He was a business entrepreneur. Donald was also a longtime member of First United Lutheran Church.
Donald enjoyed hunting, fishing, wood working and spending time with his family. He will be missed by all who knew him.
Donald is survived by his loving wife Sandra; daughters, Renee' (Robert) Lee and their children Ashlyn, Caitlyn, Allisyn, and Madison, Jodi Schlei and her children Ben and Megan and Amy (Jay) Montemayor and their children Riley and Augie; siblings, Myrna Taylor and Carol Teal; nieces, nephews, other family and friends further survive.
Donald was preceded in death by his parents.
A private memorial service will be held for Donald and he will be laid to rest in the columbarium at First United Lutheran Church.
A memorial fund has been established in Donald's name.
Don appreciated and loved so many of his friends and family. A deeper appreciation goes to Sharon S. Richardson Hospice for their excellent care and compassion given to Don.

Event Information
Services will be set for a future date to be determined.
To order memorial trees or send flowers to the family in memory of Donald Schlei, please visit our flower store.