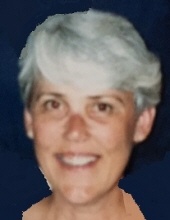 Dorie Harrington (nee Hentges) got her final wish on December 20, 2017, when she left all pain and suffering behind and found peace. Dorie was born in Sheboygan WI in October 1938 to George and Ann (nee Washeski) Hentges and spent nearly her entire life in Sheboygan. She graduated from Sheboygan Central High School in 1956, and shortly afterward met the true love of her life, Harley R Harrington, a US Army recruit stationed at nearby Camp Haven. After a sizzling brief courtship, they married on December 13, 1958, and celebrated 59 years of marriage the week prior to Dorie's death from cancer.
Dorie was a natural, gifted athlete well known in local golf and bowling leagues as a fiercely competitive trophy hunter. Dorie also found joy in beating the pants off anyone who challenged her at cribbage, contract bridge, or Clue. Between rounds of golf, Dorie and Harley raised their three children in Sheboygan and participated in community life. Dorie was an incredibly talented woman who also sewed clothing and costumes, crocheted, created fantastical seasonal decorations and loved to garden. It was best not to get in her way during morel season, and she knew all the best spots, but that is a secret she may have taken to her grave.
Dorie was preceded in death by her parents, her sister Marlene Wagner, her beloved daughter Kelly Harrington and her dear son Harley Jr. She is survived by her best friend and lifelong partner Harley Harrington Sr., her daughter Tracy Harrington (Thomas Treder) her sister Patricia (Lane) Willman, her granddaughter Katie Harrington (fiancé Joey Redovich) and many other dear relatives and friends.
Per Dorie's request, no services will be held. However, anyone wishing to honor Dorie's memory is encouraged to make a memorial donation to the Sharon S Richardson Community Hospice, W2850 WI-28, Sheboygan Falls, WI 53085. "I Love Everybody!"

To order memorial trees or send flowers to the family in memory of Doris Harrington, please visit our flower store.