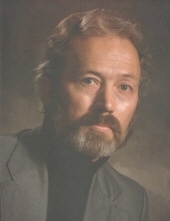 Dr Rodney Charles Johnson passed away on Monday, July 29, 2019 at Countryside Manor in Sheboygan WI where he had been a resident for seven months.
He was born March 30, 1932 to Alice (Jensen) and Ed Johnson in Audubon MN.
Rodney graduated from the Lake Park MN High School in 1950 and attended the University of North Dakota in Grand Forks ND until his National Guard Unit was called for service in December, 1950 during the Korean War. He was assigned to duty in Camp Rucker AL and later to Fort Sam Houston TX where he was part of the medical unit.
Upon his release from the Army, he attended the University of Vermont and Macalaster College before completing his BA degree in Psychology and Humanities at the University of MN in 1955.
On May 3, 1958 he married Dolcye Ann Torgerson, and they became parents of three children, Kirt Charles, Kirstin Ann and Kristian Radich.
After a year of post-graduate pre-med, he began his medical training at the University of MN, graduating in 1961. He completed his internship at the Gordon Munson Hospital in Traverse City MI in 1962 and returned to the University of MN for his residency in Psychiatry, which he completed in 1965.
He accepted a position on the staff of the Sheboygan Clinic (now Aurora) in July, 1965 and was certified by the American Board of Psychiatry and Neurology in 1969. He was on the staff of Sheboygan Memorial Hospital and St Nicholas Hospital from 1965-1978, Medical Director for Sheboygan County Hospital from 1965-1978, and Chairman of the Department of Psychiatry at Sheboygan Memorial Hospital from 1974-1978.
In August 1980 he became Assistant Medical Director for Clinical Psychiatry, U.S. Department of State. He participated in the debriefing of the American hostages when they were released by Iran after holding them for 444 days. He traveled to various posts around the world for his work with the State Department Foreign Service and the CIA and was posted to Mexico City for three years, serving all of South and Central America and the entire Caribbean region.
He was a consultant for the American Psychiatric Association Council on International Affairs and the Arabian American Oil Company in Dhahran, Saudi Arabia and served as a member of the Board of Directors of the Institute for Psychiatry and Foreign Affairs and Global Psychiatric Associates.
His professional affiliations included the World Psychiatric Association, American Psychiatric Association, Washington Psychiatric Association, International Health Society, and the American Academy of Federal Physicians.
His love of sailing led to his crossing the Atlantic Ocean seven times in his various sailboats, keeping him at sea for six weeks on each crossing. His first crossing was with Dr Bill Moir on the Pilgrim to the Hebrides off the coast of England. Later he made several crossings from the East Coast to Spain and back.
As a Lt. Colonel in the Army Reserves, he was deployed to Iraq during the Gulf War in November, 1990. He served on the front line during Operation Desert Storm with the 7th Corps, 3rd Armored Division, which was involved in the "left-hook" attack on the Republican Guards in southern Iraq during the ground war.
During his retirement years, he spent summers on Detroit Island in northern Lake Michigan where he docked his 72 foot sailing ketch, the Barlovento. His proudest achievement in retirement was building a two-story stone house on his beloved Island and setting every stone himself.
He was preceded in death by his parents Alice and Ed Johnson, his younger brother Douglas, and sister-in-law Carol. He is survived by his wife, Dolcye; son Kirt, Kewaunee WI; daughter Kirstin Brandtjen (Henry III), St Paul MN; and son Kristian (Rosemary), Belvidere IL; twin grandsons Douglas Charles and Conrad Robert, Belvidere IL; grandson Henry Brandtjen IV, two step granddaughters Chavela Miller and Isabel Brandtjen; two brothers Ronald Thief River Falls MN; William (Marlys), Crookston MN; sister Judy Thomas, Cambridge MN, and numerous nieces, nephews and cousins.
In lieu of flowers, memorials can be sent to the Sheboygan Yacht Club or the National VFW. A Celebration of Life service is planned for 11 a.m. on Saturday, August 17th at the Sheboygan Yacht Club. Ballhorn Funeral Chapels is handling arrangements.
The family would like to thank the staff and caregivers at Countryside Manor and Sharon S. Richardson Hospice for their care and support.