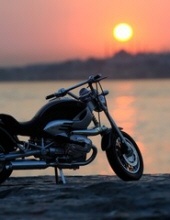 Edward M. Florian, 63, of Sheboygan passed away on Sunday, October 14, 2018 following a life long battle with MS, at This House Is A Home- Group Home in Milwaukee. He was born April 21, 1955 in West Palm Beach, FL to Conrad and Miriam (Fowler) Florian. Edward graduated from Sheboygan South High School with the Class of 1973. He then went on to graduate from UW LaCrosse with a bachelor's degree in Psychology.
On June 24, 1978 he was united in marriage to Debra Wesendorf. Edward worked as an apartment supervisor at Our Place in Sheboygan for 14 years. He enjoyed going for rides on his motorcycle and listening to Rock N' Roll.
Edward is survived by his wife of 40 years Debra, brother Christopher (Elizabeth) Florian, mother-in-law Susan Wesendorf, brother-in-law Christopher (Dawn) Wesendorf, and nieces, nephews, other relatives and friends.
He was preceded in death by his parents, his brother James Florian, his father-in-law Tom Wesendorf Jr., and brother-in-law Tom Wesendorf III.
It was Edward's wish that no funeral services be held.
In lieu of flowers memorials may be made to the MS Society in Edward's name.
The family would like to express their gratitude to Kai, the director and the entire staff of This House Is A Home-Group Home, Horizon Hospice, and Melissa and Yang with Family Care for all their care and support.

To order memorial trees or send flowers to the family in memory of Edward Florian, please visit our flower store.