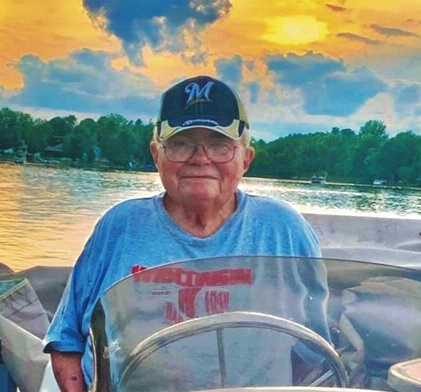 He was born on June 9, 1940, in Sheboygan to the late Ernest and Bertha (Zurheide) Keppler.  He attended local schools and graduated from Central High School in 1958.  He then attended UW Madison and UW Milwaukee where he earned his bachelor’s degree in economics.  On February 20, 1960, Michael married Maxine Weiss in Tomah, WI.

Michael was employed at Vollrath Co. on May 2, 1967, and worked various capacities within the company, retiring as the VP of Foreign Trades on August 21, 2001.  He was rehired as a consultant for the company until February 1, 2006.  Due to his position at Vollrath Co., Michael traveled around the world, but also enjoyed traveling with Maxine.  No matter his work schedule, Michael always made it home for birthdays, swim meets, etc.

He was an active lifelong member of the Boy Scouts.  He earned his Eagle Scout Award and received a Vigil Honor in Order of the Arrow.  Michael was honored the Silver Beaver Award.  From little on he was involved in Camp Rokilio where he served as waterfront director in his teen years.

The most important thing in life to Michael was his family, making many memories at the family cottage on Cedar Lake.  Many family gatherings where he taught his children, grandchildren, great-grandchildren and several nieces and nephews how to swim.  Campfires, boat rides, Bonanza and hot buttered popcorn were a must while at the cottage!

Along with his parents, Michael was preceded in death by his father and mother-in-law, Carl and Mernie Weiss and a brother-in-law John Weiss.

A Funeral Service for Michael will be held at 12:00 PM on Tuesday, July 20, 2021, at St. Mark Lutheran Church, 1019 N 7th St. in Sheboygan with Pastor Brett Matz officiating.  A time of visitation will be held on Tuesday at church from 10:00 AM until the time of service.  Michael will be laid to rest at Wildwood Cemetery.

In lieu of flowers, a memorial fund has been established in Michael's name.

The family would like to thank Dr. Michael Johnson and Theresa Brosnan Schuler, APNP, along with the staff at St. Nicholas Hospital for the care given to Michael.

To order memorial trees or send flowers to the family in memory of Ernest Keppler, please visit our flower store.