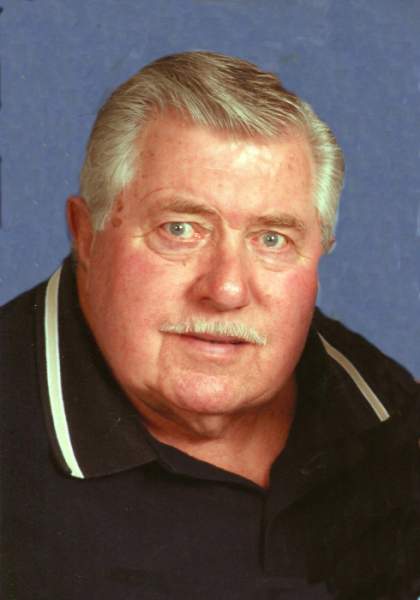 Fritz was born on September 18, 1938, to the late Felix and Martha (Wolff) Fischer.  On October 11, 1958, he married Diane (Wehrmann) at Our Redeemer, whom he was married to for 62 years.  He was a member of Our Saviors Lutheran Church.

Fritz graduated from Central High School in 1956 and went on to be a carpenter and later became a business agent for local #731, retiring after 16 years in 1993.  Fritz also was a trustee on the pension fund for 12 years.  After retirement, he enjoyed cutting grass at Pine Hills for 15 years.  He loved to play golf and was honored with “NEWGA Man of the Year”.  His greatest achievement was winning the state father/son golf championship in 1981.  Fritz was also Town Chairman for the town of Sheboygan for many years.  He also liked to help out at Fischer’s.

He also enjoyed watching his grandchildren, Karri Jo and Kolin play basketball and was an avid Chicago Bears fan.

He was preceded in death by two daughters, Karri and Jodi Fischer; his twin brother Hans (Sandy) Fischer and brothers Manfred (Betty) and Ray (Aldona) Fischer.

A Funeral Service for Fritz will be held at 10:00 AM, on Thursday, July 29, 2021, at Ballhorn Chapels Funeral and Cremation Care Center, 1201 N 8th St. in Sheboygan, with Pastor Jim Schulz officiating.  Friends will greet visitors on Thursday at the funeral home from 9:00 AM until the time of the service.  Fritz will be laid to rest in Calvary Cemetery.

In lieu of flowers, memorials can be made out to Our Savior’s Lutheran Church.

We would like to extend a heartfelt thank you to ALL of our wonderful neighbors and friends who helped us SO much and kept in touch so diligently.  It meant so much to us…

To order memorial trees or send flowers to the family in memory of Fritz Fischer, please visit our flower store.