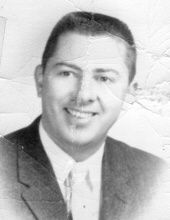 Gilbert Bruckmueller, Jr., 85, of Sheboygan, passed away Tuesday, April 10, 2018 at his home. Gil was born January 27, 1933, in Milwaukee, to the late Gilbert Sr. and Margaret (Fiedler) Bruckmueller. He lived in Sheboygan until age 11 when the family moved to West Bend. Upon his graduation from West Bend High School, he served his country in the United States Navy from 1952 until 1956. After his honorable discharge, he pursued his education and graduated from the University of Wisconsin School of Business with a BBA degree in 1960.
He held managerial sales and marketing positions with the Joseph Schlitz Brewing Co., The Miller Brewing Co., The Pabst Brewing Co., and the Stroh Brewing Co. after they purchased the J.S.B. Co. He retired in 1995 from the Watkins-Shepard Trucking Co. where he held the position of national sales director.
He was a member of W. Edwin Palmer Lodge #718 F&AM located in Akron, OH and belonged to the Zor Temple Shrine in Madison.
Gilbert is survived by his sister, Marjorie Bruckmueller, Muskego.
A private service of interment will be held at Wisconsin Memorial Park in Brookfield after cremation.

To order memorial trees or send flowers to the family in memory of Gilbert Bruckmueller, please visit our flower store.