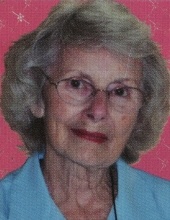 Gloria Louise Dawson
Gloria Louise Dawson (97) passed away quietly on December 31, 2017 after a brief illness. She was a 50 year resident of Sheboygan, Wisconsin.
Born Gloria Louise Sullivan in Shaker Heights, Ohio. She had two older siblings, Arthur and Bruce, all residing there with their parents Henry Ross and Louise M. Sullivan. All have preceded her in death.
Gloria graduated from Shaker Heights High School in 1937 and went on to attend Stratford College. She was an accomplished artist, played piano and loved to exercise her brother, Arthur's, polo ponies. With her education cut short by WWII she moved to the Tampa/St Pete area and worked as a nurse's aide at the McGill Air Force Base hospital assigned to the burn unit. At the end of the war, Gloria returned to Shaker Heights and met and married her forever love, 101st Airborne Paratrooper and "boy next door " Robert Philip Dawson (Robin). The newlyweds moved to Manitowoc, WI to launch Dawson-Springer Trucking Company while living in Custerdale, Manitowoc's war housing project. Being somewhat barrack like the two would bundle under blankets and "Robin" would sing his wife to sleep each night. Their housing improved and their family grew to 7. From the birth of their first child, Gloria's life became focused on her children and would remain as such the rest of her life. She was a loving and nurturing mother who was gentle and understanding.
A recounting of her life wouldn't be complete without the stories that she shared regarding her earlier years, like how she had a date with Johnny Weismuller before he became known as Tarzan or how she shared a box at the races with Clark Gable and Vivian Leigh. Once, as a student she was selected to dance with Fred Astaire. In later years she would shake the hand of President Reagan and while out gardening one day she had a pleasant conversation with a stranger she would later find out was Paul Newman who was in Sheboygan to film a movie. Also, pre-war, at her brothers urging she learned to solo an airplane yet she didn't get her driver's license until the 1950's.
Gloria was preceded in death by her husband Robert and her eldest daughter Gail Korman. She is survived by the rest of her children: Robert Dawson, Carol (James) Morgans, Michelle Gilipsky and Elizabeth "Betsy" Dawson, her four grandchildren: Tiffany (Brady) Ingelse, Ashley Gilipsky, Robert Morgans and Kelsey Morgans and her great-grandchildren: Hannah, Harper and Huxley Ingelse.
Final mention should be made of her loving niece Holly Foskey and her closest and dearest friend in life Elfrieda Radke who both survive her.
Gloria will be sorely missed, but the family takes comfort in the thought that she is reunited with her "Robin" and he is most likely singing her to sleep tonight in her new surroundings.
Ballhorn Chapels Funeral & Cremation Care Center is assisting the family with arrangements.
Graveside Services will be held at 3:00PM on Thursday, April 26, 2018 at Calvary Cemetery, 902 North Ave. in Sheboygan. Father Gideon Buya will officiate.

Event Information
Services are private.
To order memorial trees or send flowers to the family in memory of Gloria Dawson, please visit our flower store.