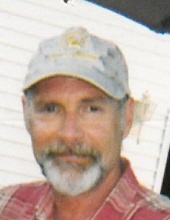 James "Jim" P. Gibeault, 68, of Sheboygan, passed away of an apparent heart attack on Sunday, May 26, 2019 at home. Jim was born November 10, 1950, in Sheboygan, to the late Paul F. and Audrey E. (Wood) Gibeault. Jim attended St. Peter Claver Catholic School and Sheboygan South High School. At the age of 17, Jim enlisted in the United States Marine Corps. He served in Vietnam, was wounded in action and received a Purple Heart. He then returned to finish his tour of duty. On December 23, 1970, he married Katherine Graf and the couple had three children. After 12 years together, on September 27, 2008, he married Debra Lutz in Sheboygan. She preceded him in death on October 23, 2017. For almost 50 years, Jim worked as a truck driver, most recently for Johnston's Bakery. Family was most important to Jim. He loved his family and told them often. The best times were when he would host the summer party. Jim was a great storyteller and as day turned into night, the stories became more and more hilarious. He liked to tell stories of growing up the only boy in a family of eight children. He always said the hand-me-downs were terrible.
Survivors include his three children, Jessie (Joel) Sebok, Jacob Gibeault and Chad Gibeault; two grandchildren, Josie and Jorja; six sisters, Rosalie (Karl) Jordan, Barbara Gibeault, Mary (Jim) Rajer, Joanne (Jim) Broeckel, Julie (Tom) Roelse and Suzie (Mike) Corbett; his "brother", Randy Plier; two nephews, Daniel Jordan and Jeremy Meyer; two nieces, Ashton and Paige Broeckel and one uncle, Ken (Rita) Wood.
In addition to his parents and wife, Debra, he was preceded by his sister, Jeanne Gibeault.
Military Honors will be held on Friday, May 31, 2019 at 11:30 a.m. at Greenlawn Memorial Park (6706 Superior Avenue, Kohler). Please visit www.ballhornchapels.com to leave online condolences.
A memorial fund has been established in his name to be used for local veteran's groups.
The end of life is like walking down to a shore and there's a boat waiting for you and as you sail away people are crying. They're waving and they're saying goodbye and as you fade from view to them, there's another shore and on that shore, there are people waving and crying saying what took you so long? Oh hurry. We are so glad to see you, and I really hope it's that way.