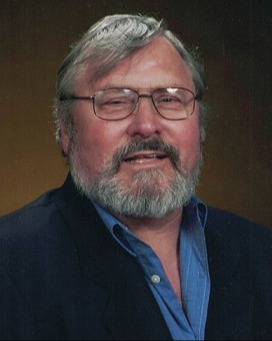 He was born at home in Pittsville, WI on January 1, 1938, to the late Walter and Thelma (Dimmette) Westerhausen.  Jim attended Marshfield High School.  On June 6, 1956, Jim married Yvonne Mayer in Bakersville, WI.  She preceded him in death on June 16, 2011.  Jim was a member of St. Dominic Catholic Church.  He was employed at Kohler Company for over 33 years.  He was union steward and a member of Union 833.

Jim enjoyed auto racing, watching his Wisconsin sports teams and WWE wrestling, camping, tinkering in his garage, and playing the lottery.  Above all, Jim loved spending his time with his grandchildren and great-grandchildren.

Along with his parents and his wife Yvonne, Jim was preceded in death by an infant daughter, Laurie Louise and a brother Mike Westerhausen.

A Memorial Service for Jim will be held at 6:00 PM on Thursday, October 27, 2022, at Ballhorn Chapels, 1201 N 8th St. with Father Norberto Sandoval officiating.  Family will greet visitors on Thursday at the funeral home from 4:00 PM until the time of the service.  Jim will be laid to rest at Hillside Cemetery in Marshfield.

Memorial donations can be made in Jim's name to either the Sheboygan County Cancer Care Fund or Sharon S. Richardson Community Hospice.

Jim's family would like to thank the staff at both Aurora Medical Center and Sharon S. Richardson Community Hospice for the care and support given.

To order memorial trees or send flowers to the family in memory of James W. Westerhausen, please visit our flower store.

Send a Sympathy Card
In memory of James W. Westerhausen, please consider making a donation to one of the following charities: