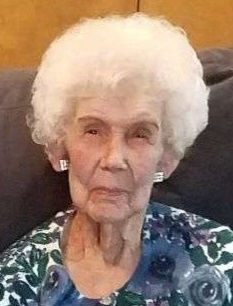 She was born in Sheboygan on March 25, 1930, to the late Robert and Anna (Hoffmann) Fenn.  Jean was employed at St. Nicholas Hospital for over 20 years as a housekeeper.  She had a strong work ethic and certainly passed that down to her children and grandchildren.

Jean took so much pride in embroidering dish towels and giving them out to family.  She also enjoyed word searches.  Above all, spending time with her loved ones was very important to Jean, especially taking care of her grandchildren.  She always found the good in people and had such a welcoming smile.  She will be dearly missed.

Along with her husband, Richard and her parents, Jean was preceded in death by a great-grandson, Collin and six brothers, Lester, Jerome, Ralph, Roy, Milton and Junior.

A Funeral Service for Jean will be held at NOON on Tuesday, August 16, 2022, at Ballhorn Chapels Funeral and Cremation Care Center, 1201 N 8th St. in Sheboygan with Rev. Kris Lyn Borns officiating.  Family will greet visitors on Tuesday at the funeral home from 11:00 AM until the time of the service.  Jean will be laid to rest at Lutheran Cemetery in Sheboygan.  For those who would like to watch Jean's service virtually, can do so on her obituary page on the funeral home website.

In lieu of flowers, a memorial fund has been established in Jean's name.

Jean's family would like to thank the caring staff at both Meadow View Health Services and Sharon S. Richardson Community Hospice for their support.

To order memorial trees or send flowers to the family in memory of Jean Nelson, please visit our flower store.