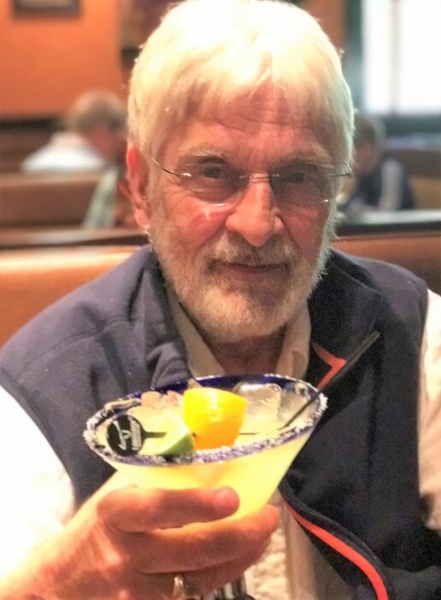 He was born on December 27, 1946, in Plymouth to the late Warren and Alice (Stiller) Andrews.  Jerry graduated from Plymouth High School and earned his associates degree at LTC.  He was employed through Kohler Co. for over 40 years.  Jerry proudly served his country for two years in the United States Army after being drafted for the Vietnam War.  On July 25, 1977, Jerry was united in marriage to Jane Mueller in Nashville, TN.  She preceded him in death on July 4, 2016.  He and Jane were longtime members of Our Redeemer Lutheran Church in Sheboygan.

Jerry was best known for his quick wit and sense of humor.  He really enjoyed watching golf and football in his spare time.  Many memories were made with family and friends at Schwarz’s Supper Club in St. Anna, WI.  On a nice day, you could always find Jerry sitting outside listening to the radio.

Along with his parents and wife, he was preceded in death by son, Justin Andrews, brother John “Jack” (Mary Ann) Andrews and sister Addie Mae.

A Funeral Service for Jerry will be held at 5:30 PM on Friday, January 21, 2022, Our Redeemer Lutheran Church, 3027 Wilgus Avenue in Sheboygan with Pastor Bryan Osladil officiating.  Military honors will follow the service.  Family will greet visitors on Friday at church from 4:30 PM until the time of the service.  Jerry will be laid to rest at Wildwood Cemetery.

Jerry’s funeral service will be livestreamed and available to watch on his obituary page on www.ballhornchapels.com.

In lieu of flowers, a memorials in Jerry’s name can be sent to Our Redeemer Lutheran Church.  The family would like to thank Pastor Bryan Osladil and the church for all of their support over the years.

To order memorial trees or send flowers to the family in memory of Jerry Andrews, please visit our flower store.