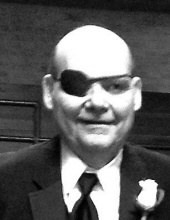 Mr. Kurt "Curly" James Koehn, of Sheboygan, passed away on Wednesday, December 14, 2016 at the age of 63.
Kurt was born February 4, 1953, in Green Bay, WI. He was preceded in death by parents John P. Liebmann in 1952, Frederick F. Koehn in 1998, and Mary E. (Atkinson) Koehn in 2005. Kurt graduated from Sheboygan North High School, class of 1971, and attended Michigan State University. He was formerly employed by Pemco Inc.
Kurt enjoyed listening to the music of his era, following the Packers, Michigan State Spartans, and Atlanta Braves. He loved playing sheepshead, exercising his skill with numbers and recall and sparking conversations with friends and strangers alike.Many of Kurts fondest memories surround his long talks with his Mother, a very special person in his life.
Survivors include son and daughter-in-law, Nathan and Jackie Koehn, two grandchildren, Ethan and Peyton of Iowa City, IA; son, Matthew Koehn of Milwaukee; sisters and brother-in-law, Kristine and Jim Klode of Mequon, and Julie James of Naples, FL; brother and sister-in-law, John and Patty Koehn of Sister Bay, along with nieces, nephews and cousins. Kurt was formerly married to Vickie (Hoberg) Butzen of Howards Grove and Mary Diener.
In lieu of flowers, please remember Kurt for his outgoing personality and whenever encountering the Michigan State Spartans.
Graveside services will be held at 11:30AM on Friday, May 5, 2017 at Wildwood Cemetery in Sheboygan.
The family would like to thank all of the many special people for their care, compassion, and kindness during Kurt's later life; especially Monica, Jackie, and Gary from Morningside and the wonderful doctors and nurses from St. Nicholas Hospital and Hospice.

Event Information
Services will be set for a future date to be determined.
To order memorial trees or send flowers to the family in memory of Kurt Koehn, please visit our flower store.