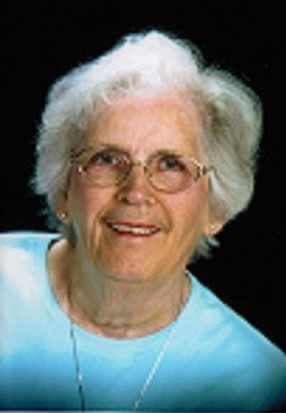 Lorraine D. Kaker - DeBlaey of Sheboygan, age 88, passed away on Tuesday, February 8, 2022, at the Aurora Memorial Hospital due to complications of injuries from a fall in her home.

Lorraine was born in Sheboygan, in her parents' home on May 12, 1933.  She was one of 10 children (nine girls and one boy) of Henry and Emily (Mertz) Rusch. She was a 1951 graduate of Sheboygan Central High School.  Lorraine met her future husband, Frank J. Kaker Jr. at Kaker's Bar, 827 Pennsylvania Ave.  They were married on August 27, 1953 and lived in the apartment above the bar.  Together they had three children and operated the Bar until about 1963. They were together until Frank's passing on June 22, 1976.

Later, Lorraine married Robert L. DeBlaey of Oostburg on January 20, 1983, in Las Vegas, Nevada. They enjoyed traveling together and remained married until Bob's passing on November 26, 2005.

Lorraine was a loving, caring mother, good sister and friend to others. She worked hard inside and outside the home to care for her family. Lorraine worked at the American Chair Company, Arlan's Department Store and at Memorial Hospital in Housekeeping Services for over 20 years before her retirement.  She cared for two ailing husbands, was a breast cancer survivor, and had a mental toughness to carry on.  She was a remarkable person who will truly be missed by all who knew her.

A private interment and family remembrance gathering will be scheduled at a later time. In her memory, please make a donation to a charity of your choosing.

The family would like to thank the doctors, nurses and staff of the Aurora Memorial Hospital ICU for their compassionate care of our mother in her last days.

Final arrangements are being provided by Ballhorn Chapels at 1201 8th Street in Sheboygan.

To order memorial trees or send flowers to the family in memory of Lorraine DeBlaey, please visit our flower store.