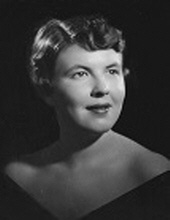 Marjorie A. Friese, 89, of Sheboygan Falls, passed away on November 23, 2020 at Pine Haven Christian Home. She was born March 27, 1931 in Sheboygan to Leo and Frieda (Eggert) Schropp. Marjorie attended Trinity Lutheran School and graduated from North High School in 1949. She went on to receive her Medical Assistant Certificate from Prospect Hall in Milwaukee in 1951. Once she had her certificate, she worked for Dr. Lang and Dr. Liefert at their Internal Medicine Practice in Milwaukee until 1956.
On June 2, 1956 she was united in marriage to Richard Friese at St. Clement Catholic Church in Sheboygan. They spent nearly all their married life at their home in Black River where they immersed themselves in the love of family life. Marjorie found great pride in raising their four children, who all became successful, hardworking adults and demonstrated the same love and commitment to family. Richard preceded her in death on January 19, 2003.
Throughout her marriage to Richard, she supported his work in the family business, Office Supply and Printing Company, until it's closure. From 1980 to 1988, Marjorie was an assistant to the President of Ohlsson Merchandising. She then worked for HC Denison as a Dividends and Interest Clerk from 1989 until her retirement in 2003. Marjorie was 72 when she retired.
Marjorie enjoyed listening to music, she especially loved to listen to her grandchildren play their instruments. While she loved watching the Packers and the Badgers play football, she cherished watching her grandchildren play sports even more, often yelling "Don't you hurt my baby!". Marjorie also shared her avid love of reading with the kindergarten children in her daughter's classroom at Longfellow Elementary for many years. Family was her pride and joy, she cherished the time she spent with them creating many lasting memories. Her sassy sense of humor was enjoyed by all who knew her.
Marjorie is survived by her children; R. Timothy (Pamela) Friese of Sheboygan Falls, Ann Friese of Minneapolis, MN, Michael (Christine) Friese of Appleton, and Patricia (David) Zerger of Sheboygan; ten grandchildren; Brandon (Cassi) Friese, Chad (Krista) Friese, Hannah (Fiancé Davis Steen) Habermann, Max (Shannon) Habermann, Tess Habermann, Elizabeth Zerger, Nathan Friese, Anthony Zerger, Melissa Friese, and Sam Friese; and six great-grandchildren; Curtis, Neva, Thea, and Maisy Friese, Amelia and Finley Habermann. She was preceded in death by her parents, husband Richard, and sister Joanne Deneke.
The family would like to thank the staff at Pine Haven for the loving care they provided for Marjorie. In particular they would like to thank Tess, Joyce, Tricia and Carrie who were there till the end. You all meant so very much to her. They would also like to thank Sharon Richardson Hospice for their loving support and care over the last several months.
Due to the Covid-19 restrictions, a Celebration of Marjorie's Life will be held at a later date.

To order memorial trees or send flowers to the family in memory of Marjorie Friese, please visit our flower store.