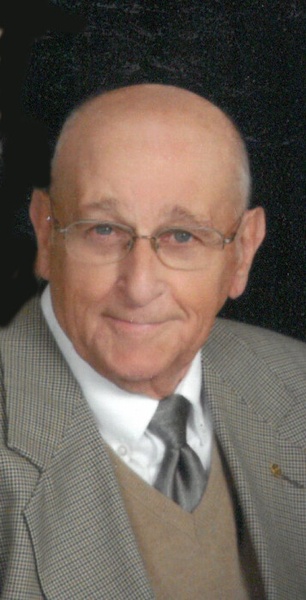 Marshall F. Horne, 87, of Sheboygan, passed away peacefully at home surrounded by his family on Sunday, January 30, 2022.  He was born October 28, 1934, in Whitewater to the late George and Alta A. (Nichols) Horne.  He graduated from College High School with the Class of 1952 in Whitewater.  Marshall then went on to graduate from Army Language School in Monterey, CA in 1954, and Wisconsin State College in Superior in 1961. Marshall also attended Lakeshore Technical College in Cleveland.  Marshall proudly served in the US Air Force from 1952 – 1956 serving in the US, Austria, and Germany in Special Intelligence.

On August 24, 1957, he was united in marriage to Joan M. Snyder at St. Michaels Catholic Church in Dotyville. Together they raised four children: Pauline (Frederick) Heyman of Sheboygan, Kevin (significant other Jennifer Grams) Horne of Sheboygan Falls, Cathy Chambers of Tucson, AZ, and Jay (Nicole) Horne of Oostburg.  Joan preceded him in death on September 22, 2020.

Marshall worked for the JC Penny Co., Hughes & Hatcher, he owned and operated Skogmo Retail Store in Ripon, and he retired from the Marcus Theatre Corp. in 2000.  Marshall was a member of Grace Episcopal Church serving as Treasure and on Vestry. He also was a member of the Jaycees in Grand Rapids, MI and Sault Ste. Marie, MI and was involved with Rotary in Ripon, Lacrosse, and Sheboygan.

Marshall enjoyed bowling, and golf. He was an avid reader enjoying mostly history and westerns. Volunteered with Joan at Meals on Wheels.  Family was very important to him, and he loved creating many lasting and cherished memories with them, he also had an open-door policy, and all were welcome.

A Mass of Christian Burial will be held on Friday, February 4, 2022, at 11:00 AM at Grace Episcopal Church, 1101 N. 7th St. Sheboygan, with Fr. William Bulson officiating. Burial will follow at Sunrise Memorial Gardens with Military Honors.  Relatives and friends may visit with the family on Thursday, February 3, 2022, from 4:00 PM until 8:00 PM at the CHURCH and again on Friday, February 4, 2022, from 10:00 AM until the time of mass.  If you are unable to attend the service, it will be livestreamed on Marshall’s obituary page on the funeral homes website.

In lieu of flowers memorials may be made to UW Superior or Meals on Wheels in Marshall’s name.

The family would like to thank Dr. Hemsing and his staff, the staff at the Sheboygan Senior Community, Holly with St. Nicholas Hospice, and Benjamin, Erika, Crystal Street, Annbelle and Leah Mason for all their care, compassion and support, and a special thank you to Debi Podrzay for your many visits with Dad.

To order memorial trees or send flowers to the family in memory of Marshall Horne, please visit our flower store.