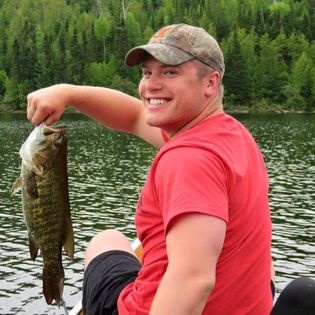 Matthew “Matt” A. Miller, 31, passed away unexpectedly on April 2, 2022.  He was born October 21, 1990, in Dixon, IL to Gaye (Ortgiesen) and William Miller.  He graduated from Dixon High School in 2009.  Matt then went on to graduate from the University of Illinois in 2013, and then received his Doctorate in Physical Therapy in December of 2017, from St. Ambrose University.  Matt loved to be on the golf course.  He also loved to tell of his expeditions hiking and camping at the National Parks with his best buddies.  Trips to the Boundary waters and Quetico Park with his Uncle John and friends were the most relaxing and comforting times.  Matt’s passion for sports included rooting for the Fighting Illini basketball team, various pro golfers including Tiger Woods, and the Green Bay Packers.  If you had the opportunity to have a passionate conversation with Matt, you would find that he wasn’t opinionated, he was just “right”.  He will be remembered for his quick wit and always up for playing any type of sport. Those left to honor his memory include his parents, Gaye and William Miller (Plover, WI), sister Mallory (Ed) Barcham (Bloomingdale, IL), niece Peyton Barcham (Bloomingdale, IL). His fishing buddy and uncle, John Ortgiesen (San Diego, CA), his uncle Michael Miller (Dixon, IL), cousin Brian (Christine) Miller, his grandmother and step grandfather Carol and William Wadsworth (Dixon, IL), and his adoring cat “Donald”.  He was preceded in death by his uncle Cris Ortgiesen, grandparents Rita and Melvin McConnell, and Grandfather Maurice Ortgiesen.

In lieu of flowers a memorial fund will be established in Matt’s name, with part of the memorials going to The Elite Team Wisconsin Jiujitsu.

To order memorial trees or send flowers to the family in memory of Matthew "Matt" Miller, please visit our flower store.

The Next Picture Show