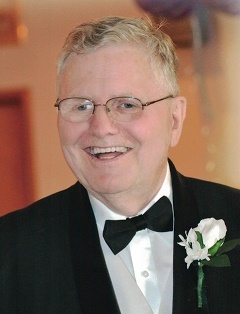 He was born in Colfax on September 13, 1942, to the late Victor and Alvida (Ludvigson) Hanson.  Mike proudly served his country in the United States Army, being honored with a purple heart while in the Vietnam War.  Mike was employed at Kohler Company for almost 13 years.  Mike married Vicki Mentink and together they had four children, Jon, Jason, Jamie and Stacey.  Mike married Pamela Everson in Sheboygan.

Mike loved to watch wrestling and working in the yard when able.

Along with his parents, Mike was preceded in death by his siblings, Gale, Gerald, Gene, Betty and Virgil.

In lieu of flowers, a memorial fund has been established in Mike’s name.

Mike’s family would like to thank the staff in the ICU at St. Nicholas Hospital and all the other caring nurses who have helped Mike along the way.

To order memorial trees or send flowers to the family in memory of Michael Hanson, please visit our flower store.