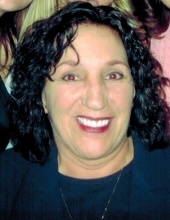 Patricia Wagner, 67, of Sheboygan, died Tuesday, March 7, 2017 at Pine Haven Christian Home in Sheboygan Falls.
She was born August 12, 1949 in Sheboygan to Heinz and Ruth (Gottowski) Geissler. She was a graduate of Sheboygan North High School, Class of 67. For twenty years Pat was employed at Manning Lighting Co. and later in the IT Department at EMS and finished her career at Curt G. Joa Co.
On July 23, 1983 Pat and Richard "Dick" Wagner were united in marriage at St. John's United Church of Christ. He preceded her in death in 1995.
Pat enjoyed golfing with her friends and especially loved the company of her pets.
She is survived by three daughters, Kristin (Greg Strasser) Wagner, Samantha (Mike) Kischer, and Andrea (Bill) Woodard; step-children, Jeff Wagner and Greg Wagner; grandchildren, Aiden, Madeline, Emma, Samuel and Katelyn; two brothers, Mike Geissler and Jeff (Denise) Geissler; and other relatives and friends.
In addition to her parents and husband, she was preceded in death by a stepdaughter, Kelly Wagner.
A time of remembrance will be celebrated on Friday, March 10, 2017 from 11:00 a.m. to 1:00 p.m. at Ballhorn Funeral Chapels.
Pat's family would like to thank the staff at Pine Haven Christian Home and Sharon S. Richardson Community Hospice for their care and concern.
In lieu of flowers, a memorial fund has been established in her name for the Sheboygan County Humane Society, 3107 N. 20th St., Sheboygan WI, 53083.
To sign the guestbook, please visit: www.ballhornchapels.com

To order memorial trees or send flowers to the family in memory of Patricia Wagner, please visit our flower store.