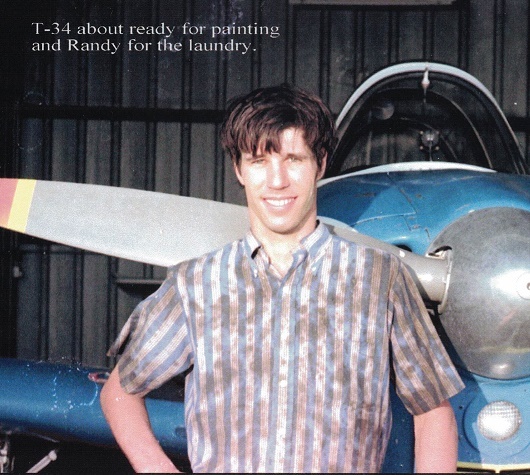 Randy was born at Randolph Field Air Force Base in San Antonio, TX on November 27, 1943 to the late Ralph T. and Esther E. (Wangemann) Brotz. He grew up in Kohler, graduating from Kohler High in 1962.  He studied Aviation Technology at Northrop University in Inglewood, CA, also becoming certified in Aircraft and Engine mechanics. From there he went on to study Business Management at Madison Area Business College and was then employed at Plastics Engineering Company, working as a Special Products Manufacturing Manager until his retirement in 2008.

Randy had a love for adventure.  As a teenager, he was a crew member on the sailboat Sabre. He earned his pilot’s license at a young age and often took passengers up in the air for thrilling aerobatic adventures. Throughout his life, motorcycles were another passion of Randy’s. He also had a love of art, museums, and gardens, and an interest in train, ship, and airplane models. Animals held a special place in his heart; he often hurried outside to give treats to any dogs passing by. In his later years, Randy enjoyed exploring Wisconsin with his special friend, Mary.

A Mass of Christian Burial for Randy will take place at 11:00 AM on Friday, September 17, 2021, at St. John the Evangelist Catholic Church, 600 Green Tree Rd. in Kohler.  A time of visitation will take place on Thursday, at the church, from 5:00 PM until 7:00 PM and again on Friday morning from 10:00 AM until the time of mass.  For those who would like to watch Randy's service virtually can do so on his obituary page on www.ballhornchapels.com.  Randy will be laid to rest at Woodland Cemetery in Kohler.

In lieu of flowers, the family asks that memorials are made in Randy's name to the Humane Society of Sheboygan County or the Sheboygan Police Benevolent Association.

The family would like to thank Sharon S. Richardson Community Hospice and Mary Kohl.

To order memorial trees or send flowers to the family in memory of Ralph "Randy" Brotz, please visit our flower store.