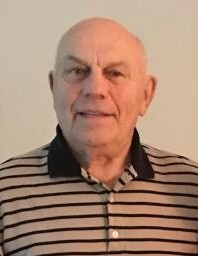 Ray C. Dax, 81, of Sheboygan Falls, passed away on Monday, July 26,2021 at Countryside Manor in Sheboygan.  Ray was born July 16, 1940, in Seymour, WI to the late Raymond and Teresa (Tremel) Dax.  He graduated from Casco High School and received a bachelor's degree in business and a minor in theology from St. Norberts College.  He proudly served as a Medic in the U.S. Air Force from 1958 to 1962.

Ray worked as a commercial salesman for Firestone Company, a surgical tech at St. Vincent Hospital in Green Bay, and a caster in the pottery department at Kohler Company.  He retired from the Kohler company in 2003.  He was a member of Bethany Reformed Church where he served as a Deacon and Elder.  He volunteered for years as a bell ringer for the Salvation Army, delivered Meals on Wheels, and went on several mission trips including a mission trip to Haiti.

Ray loved spending time with his children and grandchildren.  He loved sports, some of his favorites were softball, baseball, volleyball, football, basketball, water skiing, snow skiing, and golf.  He was a defensive back for the Sheboygan Redwings semiprofessional football team that played in the Central States Football League.  He also enjoyed coaching youth sports for many years.  When he retired, he enjoyed playing golf with The Legends group at Riverdale Golf Club.  He was a lifelong Packer fan and loved telling the story of how he was at the Ice Bowl game.

Ray’s family would like to thank the staff at Countryside Manor and the Allay Hospice team for all the loving care given.

To order memorial trees or send flowers to the family in memory of Ray Dax, please visit our flower store.