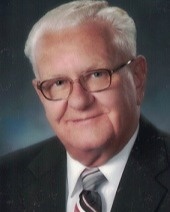 He was born on July 10, 1934, in Sheboygan to the late William and Dorothy (Ristow) Burhop.  He attended local schools and graduated from Central High School, class of 1952.  Bob enlisted in the United States Army and was stationed in Panama from 1957 until 1959.  On October 20, 1962, Bob married the love of his life, Barbara Henning at Trinity Lutheran Church in Sheboygan.  They were looking forward to celebrating their 60th year anniversary together.  Bob was employed within Kohler Company for over 26 years as a salesman, allowing him and Barbara to relocate to Minneapolis/St. Paul, Memphis, and then Billings, MT, where they have lived for over 40 years.

Bob enjoyed taking many trips to hunt and fish, which were two of his favorite hobbies.  He was at peace anytime he was outdoors.

Bob is survived by his loving wife, Barbara; his favorite niece, Lori J. Ladiges along with numerous other nieces and nephews; brothers, Carl (Susan) Burhop and William (Janet) Burhop; a sister-in-law, Ella Staff and close friends, Gloria and Bobby Shaw of Billings, MT.

Along with his parents, Bob was preceded in death by numerous brothers and sisters-in-law.

A private entombment service will be held for Bob at Lutheran Cemetery, with Pastor Timothy Mech of Trinity Lutheran Church officiating.

To order memorial trees or send flowers to the family in memory of Robert "Bob" F. Burhop, please visit our flower store.