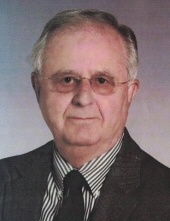 Bob was born in Chicago on June 6, 1935, the only child of the late Henry W. Halvorsen and Evelyn (Cronholm) Halvorsen. He attended public school in Chicago and matriculated at Beloit College, where he received a Bachelor of Arts in Economics in 1957. After graduation, he served in the U.S. Army as a special agent in the Department of the Army, Counterintelligence Corps. Upon fulfillment of his military obligation, he attended law school at the University of Wisconsin and received his degree in 1963. Upon admission to the State Bar of Wisconsin, he joined the John Holden Law Firm (later, Holden, Halvorsen Bjork and MacDonald) in Sheboygan, Wisconsin. In 1973, he formed his own law firm, which he operated, under various names, until his retirement in 2017. He was a member of the Sheboygan County Bar, where he was a past-president, the Wisconsin State Bar Association, where he served on the Insurance for Members Committee, the American Bar Association, and the Bar of the Supreme Court of the United States. During his lifetime, Bob was a member of the First United Church of Christ, Sheboygan, where he served as a member of the Board of Deacons and the Board of Trustees; he also served for five years as president of the Sheboygan County Chapter of the March of Dimes. He was a past member of Pine Hills Country Club, in Sheboygan, and an emeritus member of B.P.O.E. Lodge #299.

Along with his parents, Bob was preceded in death by a baby boy.

A reception celebrating Bob's life will take place from 11:00am to 3:00pm on Saturday, February 8th, 2020, at the Sheboygan Yacht Club, 214 Pennsylvania Avenue.

In lieu of flowers, memorial contributions may be made to the Juvenile Diabetes Research Foundation (JDRF) or the Sheboygan County Humane Society (SCHS)