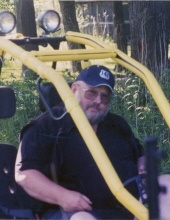 Robert W. Matelko, 70, of Sheboygan, passed away on Friday, December 29, 2017 at his home surrounded by his loving family. He was born January 30, 1947 in Sheboygan to John and Eleanor (Knocke) Matelko. On January 29, 1964 he was united in marriage to Fran Buschmann in Canten, MO.
Robert enjoyed spending time with his children and grandchildren. He was an avid sports watcher, especially football. He enjoyed spending time at Lake Michigan and the Sheboygan Airport. He enjoyed his home and driving around Sheboygan County. He was a lover of all animals.
Robert is survived by his wife Fran, two sons; Richard (Kathy) Matelko and Trevor (Tamera) Matelko, three grandchildren; Jace Matelko, Mariah Matelko and Alex Matelko, by a brother John (Shirley) Matelko, he is further survived by many nieces, nephews, other relatives and friends. He was preceded in death by his parents, three sisters; Shirley (Leon) Werner, Elaine (Elroy) Tetting, and Joyce (Joe) Ritt, and by his nephew Scott Matelko.
In lieu of flowers memorials may be made to the Sheboygan Humane Society in Robert's name.
Private family services will be held at a later date.
The family would like to express a heart felt Thank you to Dr. Louie Coulis, the staff at Columbia St. Mary's in Ozaukee, and the staff of Sharon S. Richardson Community Hospice for all the care, compassion, and support they gave Robert and his family.

To order memorial trees or send flowers to the family in memory of Robert Matelko, please visit our flower store.