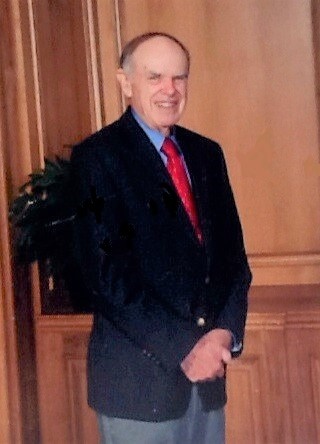 Robert L. Vogt, 94, of Sheboygan, died on Monday, February 7, 2022, at Aurora Memorial Hospital after suffering a heart attack while at the hospital.

Robert was born September 8, 1927, in Sheboygan to Otto Vogt and Lillian (Johnston) Vogt.  He graduated from North High School, Class of 1946.  He entered the U.S. Army from December 1946 to May 1947, and was stationed in Occupied Japan.  From 1952 to 1953 he re-entered the army during the Korean War and was stationed outside of Fairbanks, Alaska.

Robert was employed at the Vollrath Company for many years, starting in high school during World War II and retiring in spring 1993.  While employed there he worked as a timekeeper, in the polishing department, then became a Project Engineer until he retired.  Robert was a member of the Vollrath Quarter Century Club.

On April 15, 1950, Robert was united in marriage to Hildegarde Dahmer at Immanuel Evangelical Congregational Church by Rev. Herman Schmidt.

Mr. Vogt was a member of Calvin Christian Reformed Church.

Robert enjoyed travelling and visited numerous states and foreign countries.  He always said travel was very educational for him.  During the summer, Robert spent many hours gardening and had a beautiful flower garden each year.  After he retired, Robert got interested in genealogy and during the winter months researched and developed extensive family trees.  He was also an avid reader.

Robert is survived by a daughter, Debbie (Dan) Michetti of Elkhorn, Wisconsin; a son, Randall Vogt of Sheboygan; two grandchildren, Andrea (Aprille Binzley) and Michael (Olivia); two great-grandchildren, Snow and Mackenzie; two sisters, Shirley Lesczykowski of Crossville Tennessee and Marion Graumann of Sheboygan Falls; one sister-in-law, Dorothy Yurk of Sheboygan Falls and many nieces, nephews, and other relatives.  In addition to his parents, Robert was preceded in death by his wife Hildegarde, his brother David Vogt, and several brother and sister in-laws.

A funeral Service will be held Saturday, February 12th, 2022, at 10:30 a.m. at Ballhorn Funeral Chapels, 1201 N 8th St. in Sheboygan.  Family will greet visitors at the funeral home on Saturday from 9:30 AM until the time of service.  Video streaming of the service will be available on Robert’s obituary page on the Ballhorn website.  Entombment will take place in the Gardens of Peace Mausoleum at Greenlawn Cemetery.

In lieu of flowers, memorial gifts in Robert’s name may be given to the charity of the donor’s choice.

To order memorial trees or send flowers to the family in memory of Robert Vogt, please visit our flower store.