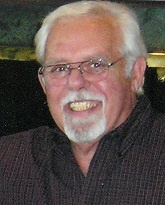 Robert “Bob” S. Munro, age 85, of Sheboygan, passed on June 7, 2022, at Countryside Manor. Bob was born January 25, 1937, in Bridgeport, CT to the late Ronald and Minnetta (Diener) Munro. His family relocated to Sheboygan in his younger years, where he went to grade school. He graduated from St. Johns Academy, Delafield with the class of 1955.

Bob worked at Prange’s and his mother’s restaurant and in his younger years. Bob went on to work for the Sheboygan County Sheriff’s Department for 20 years achieving the rank of Lieutenant and ended his career at Schreier Malting.

Bob was an exceptional athlete playing football for the Sheboygan Redwings semi pro team for several years. He enjoyed baseball, track, golf, and watching his sons in their athletic endeavors. Bob enjoyed the outdoors, hunting and fishing with his children.

The family would like to thank the staff at Countryside Manor and Heartland Hospice for their care and compassion they provided Bob and our family.

A private burial will take place at Lutheran Cemetery.

To order memorial trees or send flowers to the family in memory of Robert "Bob" Munro, please visit our flower store.