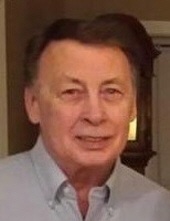 Ronald M Reineking, 72, of Sheboygan, passed away peacefully on Thursday, October 29, 2020, at Sharon S. Richardson Hospice in Sheboygan Falls.
Ronald was born in Sheboygan, Wisconsin, to Melvin and Florence (Stoiber) Reineking on December 1, 1947. After graduating high school, Ronald served in the United States Navy. Ronald spent most of his life in Wisconsin, but also lived in Tennessee and Florida. He held many jobs over his lifetime and has most recently worked at the Toro warehouse in Plymouth.
Ronald was an avid sports fan, never missing a Packers or a Brewers game. In his free time, he also loved to go crappie fishing.
Ronald was a loving father, grandfather, brother, and friend. He will be missed by his son, Brian (Jenn) Reineking; grandchildren, Tyler (Meka) Reineking, Heather Reineking, Cassie (Zac) Neese, Carissa (Adam) Keys, Bryan, MiaKayla, and McKenzie Scheunert; siblings, Carol Kraus, Judith Lisowe, Michael (Lisa) Reineking, Dennis Reineking, Diane (Al) Schumacker, and James Reineking; and many nieces, nephews, great-nieces, great-nephews, and friends.
Ronald was preceded in death by his son, Troy Reineking; parents, Melvin and Florence Reineking; and nephew, Mikey Kraus.
The family would like to thank the staff at the Aurora Sheboygan Memorial Medical Center and Sharon S. Richardson Community Hospice for the excellent care that they gave Ronald in his final days.
To leave an online condolence for the family please visit www.ballhornchapels.com

To order memorial trees or send flowers to the family in memory of Ronald Reineking, please visit our flower store.