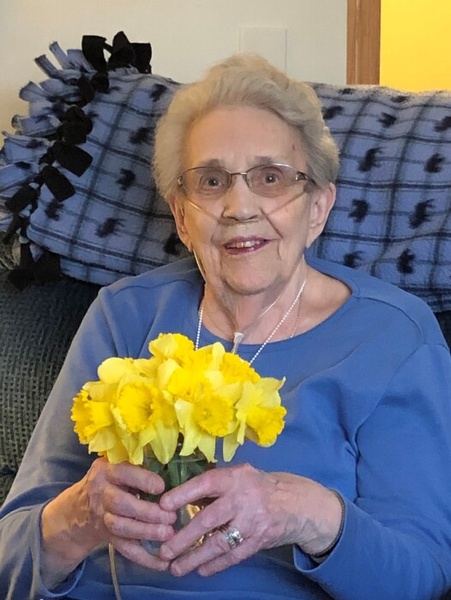 Rosalie Ann Vogel (Wiltzius), age 85, of Assisted Living at Waterford in Plymouth entered into her Eternal Life on August 28th, 2021.

She was born April 12, 1936 in Sheboygan to the late Frank and Emma (Rieck) Wiltzius.

Rosalie was a devoted wife, mother, grandmother, and great-grandmother who cherished all the love and support from them.  She enjoyed baking, cooking, playing cards and socializing, and in her spare time enjoyed putting together many puzzles and word search puzzles.  She also enjoyed camping and fishing with Elroy and playing cards at the Sheboygan Senior Center.

Rosalie worked at various outside jobs which included H.C. Prange Co., K.W. Muth Co., and various cleaning positions.  She has also volunteered at both Memorial Hospital and St. Nicholas Hospital.  She was also very involved in the Ladies Guild/Alter Guild and sang in the choir at St. John’s UCC for over 10 years until her illness.

Private services have been held for Rosalie and she has been laid to rest next to Elroy at Greenlawn Memorial Park.

In lieu of flowers a memorial has been established in Rosalie’s name.

Rosalie’s family would like to extend their gratitude and thanks to the entire staff Compassus Hospice and Waterford Assisted Living in Plymouth for all the care and compassion given to Rosalie.  Rosalie will be remembered as a loving wife, mother, grandmother, and great-grandmother, friend, and neighbor.

To order memorial trees or send flowers to the family in memory of Rosalie Vogel, please visit our flower store.