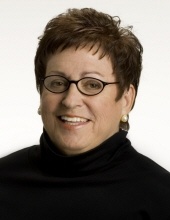 Ruth DeYoung Kohler II, 79, of Kohler, passed away on November 14, 2020 at her home. She was born on October 24, 1941 to Herbert V. Kohler, Sr. and Ruth DeYoung Kohler. Ruth was a tireless champion of under-recognized artists and art forms. She saw the arts as a driver of positive social change, upholding the pillars of diversity, inclusiveness and community involvement.

She believed passionately that the arts, in all its iterations, reveal who we are as a people: past, present and future. Through her work at the John Michael Kohler Arts Center, Kohler Foundation Inc., National Endowment for the Arts, and the Wisconsin Arts Board, among others, she promoted equitable and inclusive access to the arts in her local community, her home state of Wisconsin, and on national and international levels.

Ruth graduated from Ferry Hall School, Lake Forest, Illinois in 1959. After earning a Bachelor of Arts in art and art history at Smith College in Northampton, Massachusetts and pursuing further studies at University of Wisconsin and the University of Hamburg, Ruth spent a year in Wisconsin teaching art in Beloit public schools. She then joined the faculty at University of Alberta-Calgary, Canada where she founded the printmaking program. That was followed by more than a year in Spain working as an artist and exploring the region's vernacular and Paleolithic art.

She served as the John Michael Kohler Arts Center's Director from 1972 - 2016, having started as a volunteer and holding the position of Assistant Director from 1968 - 1972. Through her guidance, the Arts Center grew from a local arts center to an internationally recognized institution presenting contemporary art, the work of vernacular artists, performing arts, and the work of art-environment builders.

In the decades that followed, artist-built environments became a focus of Ruth's attention. Through landmark exhibitions at the John Michael Kohler Arts Center and in partnership with Kohler Foundation Inc., she worked to change how art environments are perceived and valued by the arts world and the public. Under her direction, the Arts Center collection grew to include over 25,000 works by more than 30 art-environment builders.

Under Ruth's leadership, artist-built environments were not the only area for which the John Michael Kohler Arts Center gained world-wide attention. Ruth and her brother, Herbert V. Kohler, Jr. (currently Kohler Co. Executive Chairman) collaborated to serve as the driving forces behind the unique intersection of industrial manufacturing and contemporary art through the formation of the Arts/Industry residency program in 1974 with Kohler Co.

This one-of-a-kind collaboration with a manufacturer of plumbing products became world-renowned as one of the most remarkable alliances of art and industry in the United States. More than four decades after the first artists stepped onto the pottery factory floor, nearly 500 residents have benefited from her visionary idea that artists and industrial craftspeople can find commonality in the exchange of creative ideas and technical expertise.

In 2016, Ruth stepped away from the directorship to concentrate on making the Art Preserve a reality. In her new role as director of special initiatives, she worked with the board of directors, Arts Center staff, and Tres Birds of Denver, Colorado in the design and completion of plans for the new facility on Sheboygan's west side. Construction began in 2018 and in June 2021, Ruth's vision of a center devoted to artist-built environments will welcome its first visitors.

At the time she left the directorship of the Arts Center, the board of directors honored Ruth by naming her Director Emerita of the Arts Center. This lifelong title is a testament to her tremendous contribution to the fields of art environments and self-taught and folk art as well as contemporary art-and to her great success in guiding the Arts Center to become the renowned institution it is today.

Ruth also served on the Kohler Foundation, Inc., board from 1969-2019 and as the Foundation's President from 1999-2006. She was also a major shareholder in privately held Kohler Co., headquartered in Kohler, Wisconsin.

Her contributions to arts across Wisconsin and the U.S. are numerous, including serving as Chairman and member of the Wisconsin Arts Board, on the National Endowment for the Arts as a Visual Artists Organization panel member and past site evaluator. Ruth also created the Preservation Committee of Kohler Foundation, Inc. and established the philosophy and protocols for identifying self-taught and environment builders in need of protection and conservation.

She was preceded in death by her parents, Herbert V. Sr. and Ruth DeYoung; and a brother, Frederic. Ruth is survived by her brother, Herbert V. Jr. (Natalie Black); two nieces, Laura Kohler (Steve Proudman) and Rachel Kohler (Mark Hoplamazian); and one nephew, David Kohler (Nina). She is further survived by ten great-nieces and nephews, and three great great-nieces and nephews.

In addition to her many contributions to the arts and the community, Ruth will be remembered by family and friends for her 1,000-watt smile that made you feel like you were the center of her attention, her keen sense of humor, and her love of a well-crafted sentence. Ruth had a gift for connecting with young and old not just through appreciating art but through creating art as well, whether it was plastering a piñata for a birthday, decorating an Easter egg, or crafting the perfect cartoon Christmas card. Ruth was an illustrator in every sense of the word, imbuing the lives of those close to her with indescribable color and detail. Her friends and family will continue to cherish the joy she brought to our own stories.

To order memorial trees or send flowers to the family in memory of Ruth Kohler II, please visit our flower store.